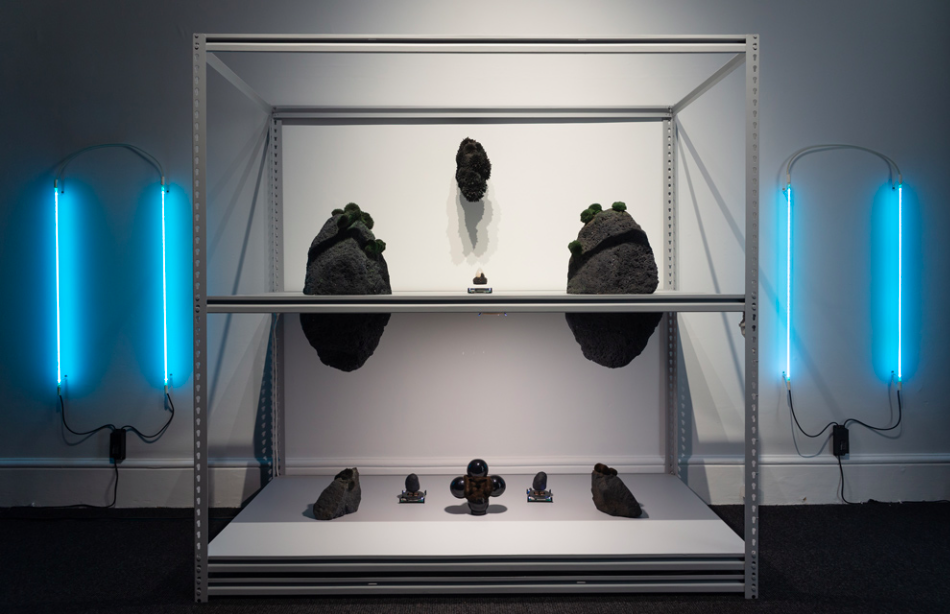 Her thing: Post-human sculptural works incorporating a range of industrial and organic materials.

Our take. Alicia King has titled her exhibition at Linden New Art, Our Long Conversation with the Sun. If this sounds like  a science fiction novel that’s entirely appropriate because King’s work inhabits the interface between science and art. Linden New Art is an unusually adventurous venue that encourages artists to make more experimental work, and King has taken up the invitation.

Frail, human flesh and blood is largely banished from King’s work, but echoes of the natural world are omnipresent. Deepcore, for instance, resembles a pock-marked rock from which tufts of iron filings sprout like Cycads. King is a dedicated futurologist but she doesn’t believe that progress is wedded to the clean, sleek lines of the machine. In her willingness to keep returning to the body she is part sculptor, part biologist.

Can I afford it?

King has undertaken residencies in many different parts of the world, and has already been featured in a group exhibition at the Museum of Modern Art, New York. Nevertheless, she is still a comparatively new artist, working in an area that has few precedents. This means that her prices are very reasonable indeed. The most expensive piece, at $3,500, is Ellipsis (10cm by 10cm by 15cm), which features tissue cultured from the artist’s own skin and an electomagnetic levitator. This would equal King’s record price to date. The cheapest work, at $650, is Static Motion (23cm by 23cm by 10cm), which is larger but presumably less complicated.

Where can I have a squiz?