The Archibald Prize 2022: A First Look 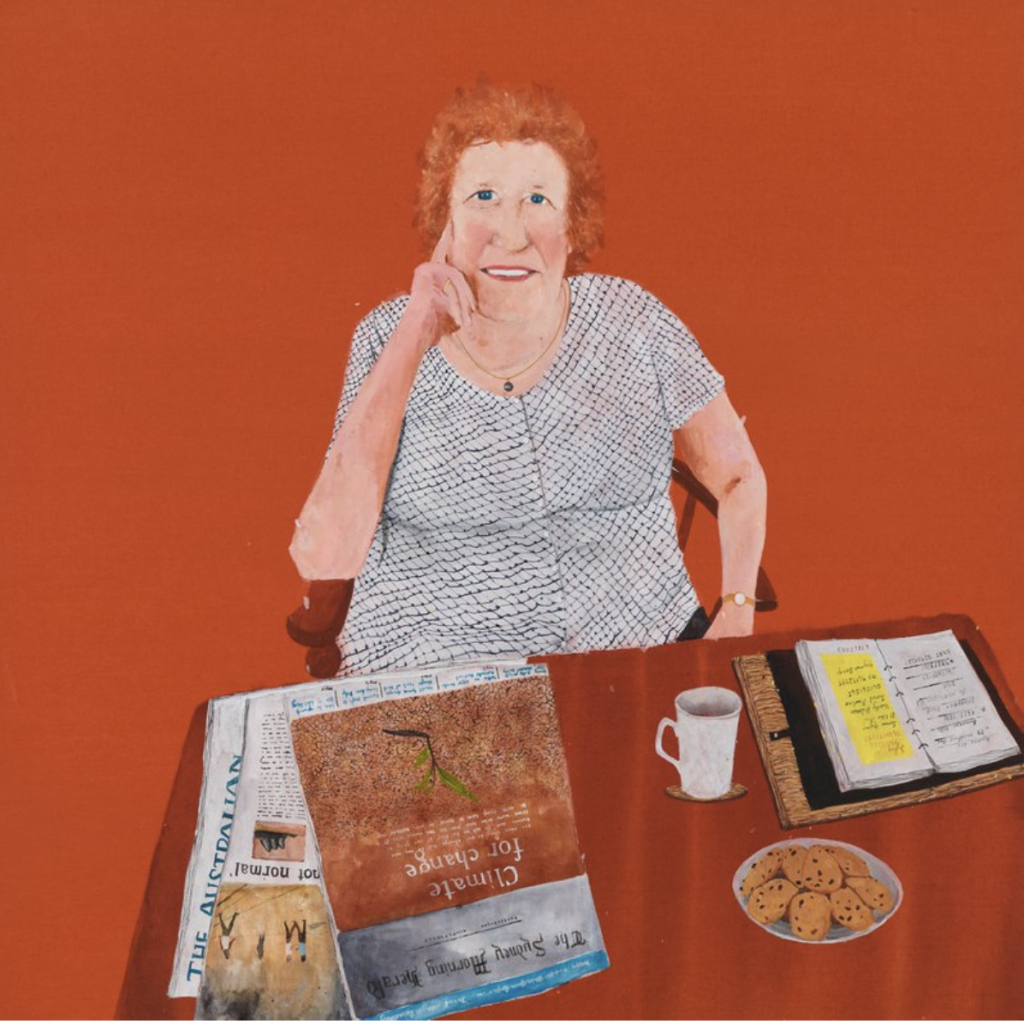 It was predictable that after last year’s orgiastic celebrations of the Archibald Prize’s hundredth birthday, the following year would bring the hangover. But it’s not worth complaining about the quality of the 2022 exhibition, as the Archibald is never better than mediocre, with a few standouts. The dominant aspect of this year’s selection is a bright and brittle feeling, as if the works are trying too hard to project a cheery image, saying: “No, no! It’s not tired and dreary. It’s really exciting!”

Good, bad or indifferent, the Archibald Prize is the Art Gallery of NSW’s biggest event of the year, every year. It has become such a fixture on the nation’s cultural calendar that it is guaranteed a huge audience while more adventurous projects fail to pack ‘em in.

Part of the Archibald’s appeal is that it is a celebration of our diversity – of the many different strands that make up Australian society today. The old and the young, the rich and the poor, the famous and the unknown come together for a few months on the walls of the AGNSW. It reminds us of that mythical democratic ethos we’ve been been so busy shredding for the past couple of decades. As such it’s a politically charged show, but only a fortnight away from a federal election there are no portraits of sitting politicians. The partial exception is an amazingly feeble picture of former pollie, Peter Garrett, by Ahn Do, who, as an artist, is a great comedian.

A more interesting political proposition is an amateurish but lively self-portrait by Mostafa Azimitabar, an Iranian Kurd who has just been released after 2,737 days of detention. No wonder he looks slightly green around the gills. One hopes Azimitabar’s inclusion in the Archibald makes people reflect on the inhumanity of Australia’s off-shore detention policies. If he were declared the winner it would be a monumental embarrassment to the politicians, but this is improbable to say the least.

So who will win? I thought there were two most likely: Richard Lewer’s Liz Laverty – the third and best portrait the artist has produced of this wellknown patron and collector. Despite the bright orange colour scheme it’s a modest painting in which each casual detail – from the newspapers to the coffee cup – makes us feel we know Laverty well.

The other, and more plausible, contender, is Blak Douglas’s Moby Dickens, a towering portrait of First Nations artist, Karla Dickens, standing knee-deep in water, holding a bucket in each hand. This is Blak Douglas’s best-ever Archibald entry, and his flat, Pop Art style takes nothing away from an excellent likeness that even extends to the sitter’s temperament. Dickens looks angry about the Lismore floods, or perhaps about the slowness of the government response.

It’s worth noting that both Lewer and Dickens are among the privileged few who have been entrusted with prestigious commissions recently by the AGNSW. In racing parlance, they have form.

The most eye-catching painting is Kathrin Longhurst’s Irrational, in which the huge face of a girl identifed as Midori Goto, stares out at the viewer. The wittiest and most subtle entry is probably Natasha Walsh’s tiny self-portrait on copper, Dear Brett (the blue room), which borrows from Brett Whiteley’s massive, 1976 Archibald Prize winner, Self-portrait in the studio. It’s hard to think of two more contrary personalities than Brett Whiteley and Natasha Walsh, unless there’s something I don’t know, of course.

Given the way the Archibald and the Wynne have so lovingly embraced identity politics, one imagines that an indigenous or gender-diverse theme is a distinct advantage for any artist nowadays. If the trustees really wanted to be controversial they might consider a more traditional style of painting, represented on a single wall in portraits by Ann Cape, Robert Hannaford, Jonathan Dalton, Keith Burt and Tsering Hannaford. These pictures are all beautifully executed, and painstaking in their accuracy, but it would be a brave decision to abandon the ideological baggage and simply give the prize to the best painting. I’m sure the trustees will take the more conservative option and stick with the avant-garde.

Published in the Sydney Morning Herald, 5 May, 2022