It would be foolish to expect the cinema to accurately portray historical reality but some films leave one itching to get home and pick up a reference book – or more likely, ask Google. Whether your preferred route is paper or digital, David Michôd’s Netflix drama, The King, is a film that cries out for a […]

A film script is one area where the old adage about “too many cooks” almost always rings true. Danger Close: The Battle of Long Tan, has employed no fewer than five writers, but the dialogue and characterisation never seem to have gotten beyond a first draft. This would be fatal if the film set out […]

‘British reserve’ may be a cliché, but clichés have an alarming habit of reasserting themselves over and over. James Kent is an experienced director for British television whose 2014 debut feature Testament of Youth, was based on Vera Brittain’s famous memoir of World War One. That movie was a highly professional production but a lukewarm […]

Scandinavian history may not be a pressing concern for most Australians, but we can all recognise the importance of political courage – if only by its absence in Canberra. The King’s Choice deals with the dilemma that beset King Haakan VII of Norway when his country was invaded by the Germans in April 1940. Erik […] 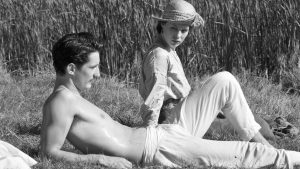 Towns don’t get much more German than Quedlinburg. Nestled in the heart of Saxony it has about 20,000 inhabitants, but calls itself “the first capital of Germany” because King Heinrich was crowned there in 919 CE. Throughout the years of division its medieval buildings were preserved intact by the poverty of the East. Quedlinburg is […]

It takes a confident director to run with a title like Billy Lynn’s Long Halftime Walk, but we know that’s the case with Ang Lee – a fearless all-rounder who has worked in a wide range of genres since his debut in 1992. To keep the title is really a mark of respect for the […] 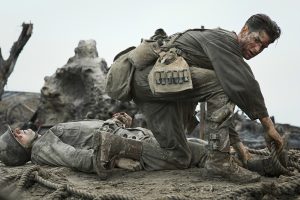 Hacksaw Ridge has been widely touted as a “redemption” for Mel Gibson after his spectacular fall from grace that began in 2006. If there is any truth in this rather glib idea, Mel hasn’t taken the meek-and-mild route. In fact there are two Mel Gibsons at the helm of this movie – the old-fashioned Hollywood […]

If The Martian can be classified as a comedy in last year’s Golden Globes, I suppose the same applies to Whiskey Tango Foxtrot. Co-directors Glenn Ficarra and John Requa strive mightily to keep the tone light in a film in which there is a significant amount of carnage and bloodshed, but it’s never laugh-out-loud material. […] 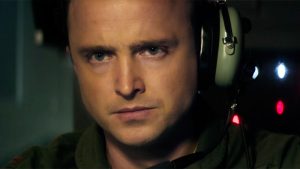 Eye in the Sky

“Something inherent in the necessities of successful action,’ wrote Joseph Conrad in Nostromo,’ carried with it the moral degradation of the idea.” He could be describing the contemporary ‘war on terror’, in which the efficient use of drones makes a mockery of the idea of the nobility of armed conflict. There’s nothing romantic about sending […]

While Ron Howard gives us adventure on the high seas, Christian Petzold takes us to a seedy, broken-down Germany in the wake of the Second World War. Phoenix is an advance on Petzold’s previous feature, Barbara (2012), which was set in East Germany during the 1980s. Both movies share the same female and male leads, […]