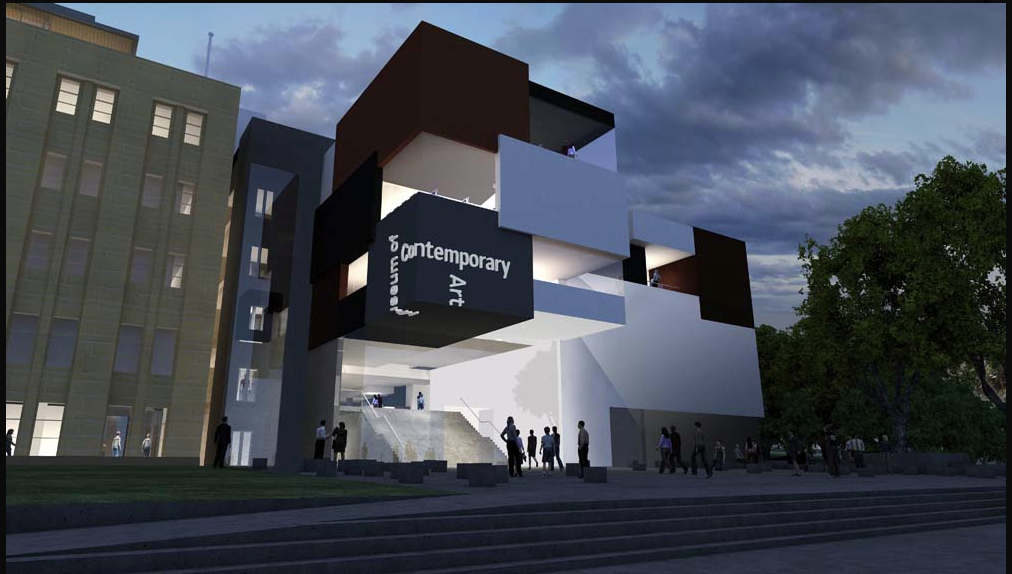 Exterior of the new MCA on Circular Quay

I hope to give both MCA shows more detailed consideration when the dust has settled on the opening festivities. Marking Time is a complex proposition: the latest in a long line of MCA exhibitions in which the concept is more interesting than the realisation. It includes works by international artists who deal broadly with the theme of ‘time’. The works may be conceptually acute, but they are visually uninspired. The chief exceptions are two arresting videos by Daniel Crooks; and a room that puts the hyper-patterned poles and bark paintings of Gulumbu Yunupingu alongside a new body of work by Lindy Lee. The latter consists of large sheets of paper marked with holes, and abstract patterns often created by rain water.
These pieces may owe their success to design elements rather than conceptual cunning, but they are more seductive to the eye than the works of most of the overseas artists. In this, there is a moral for the museum itself: Don’t get too hung up on names, reputations, or the avowed significance of works. What counts most of all is the overall effect on the viewer, assuming that viewer is not an art-world insider, but a person with a genuine desire to see the best art of our era. The new MCA has a much-improved building and the chance to make a fresh start with its audience. It is up to Macgregor and her colleagues to forget the hype and seize the day.