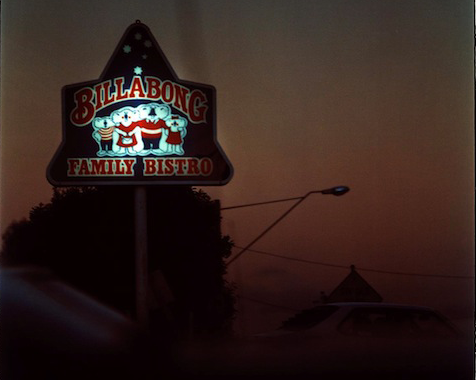 Sorry for the delayed posting this week but every so often deadlines and commitments get on top and my normal routines are thrown into mild chaos. This week I was writing pretty much non-stop, then had to fly to Melbourne for an in-conversation with Bill Henson at Monash Gallery of Art on Thursday night. It turned out to be a conversation that lasted all day and much of the night, with about 90 minutes’ worth actually taking place on stage. Monash will be making a recording available soon if any of you are hanging out for a lot furious blather about art by two aging aesthetes.

In terms of the latest outrages in the news, I was vaguely amused but not surprised to learn that the NSW government can’t find anyone to build the Art Gallery of NSW’s Sydney Modern extension. It comes on top of the debacle whereby they’ve demolished the Sydney Football Stadium to make sure a useless, wasteful rebuilding project went through even if they lost the election – and have now parted company with contractor, Lendlease.

It seems there are a number of reliable assumptions to be made with any NSW Government initiative:

I’d add, as a safe hypothetical: the final result will be a disastrous, costly mess that ensures the need for further subsidies.

We all know the Sydney Modern project is “delayed” but last week’s article in the Sydney Morning Herald added the detail: (https://www.smh.com.au/politics/nsw/no-confidence-art-gallery-expansion-delayed-as-government-looks-for-builder-20190802-p52dev.html). The piece also referred to the project as costing $344 million, but does anybody really believe that costs won’t blow out massively? They’ve blown out on every other project so why not Sydney Modern? And then, when it’s built, how long will the honeymoon last until audiences have reverted back to exactly the same numbers as the AGNSW are getting with only one building? The official emblem of NSW should be a flying pig holding a bucket of money.

This week’s art column looks at Charlie Sheard’s survey, Absolute Abstraction, at the Manly Art Gallery & Museum. Sheard is another one of those ‘real deal’ artists who gets far less attention than he deserves while the curators go nuts over the lesser abstractions of figures such as Dale Frank, to give but one obvious example. The Manly exhibition is a compelling show of force that really needs to be seen rather than read about.

The movie under consideration is Claire McCarthy’s Ophelia – a promising idea that turned out to be a big disappointment. The trouble begins with a script that trashes Shakespeare’s words, and a plot that’s full of half-baked ideas which are no better than fantasy fiction clichés. I was half-hoping for a bit of full-on feminist revisionism, but instead it’s a very tame piece of work.

I’m also including a blog on Danie Mellor in this week’s belated postings. Mellor is a finalist in the National Aboriginal and Torres Strait Islander Art Awards that start this week in Darwin, and I’ve written a profile for the Financial Review that looks at the artist and his participation in this event. Mellor may not be everybody’s idea of an indigenous artist but he shows that it’s impossible to make generalisations in this area. Now that I think about it, generalisations in most fields of the visual arts are probably a bad idea.